Located on a hill in the center of Athens, Acropolis is a complex of ancient monuments, built in the 5th century BC. With Parthenon and Erechtheion being among the most recognizable landmarks worldwide, Acropolis represents a significant historical and cultural era of ancient Times. 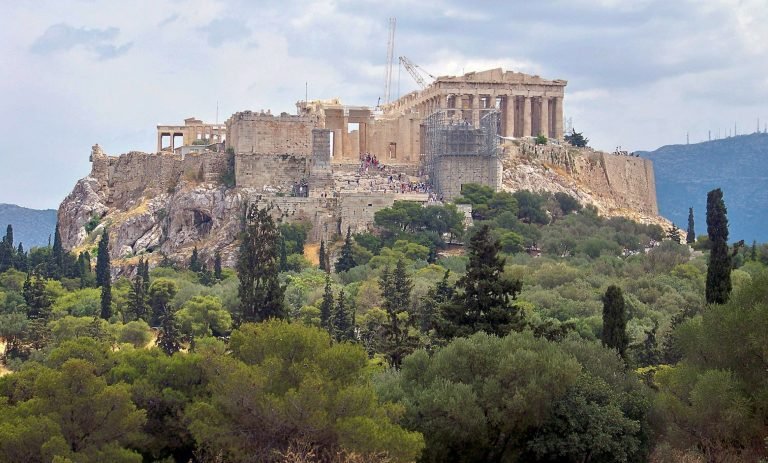 Parthenon was built to honor Goddess Athena, after who the city took its name. It was the place where Zeus, Poseidon and Athena were worshiped, and it is considered to be one of the most important monuments worldwide. In the center of the temple during ancient times use to stand a 12m high statue of Goddess Athena made from gold and ivory. 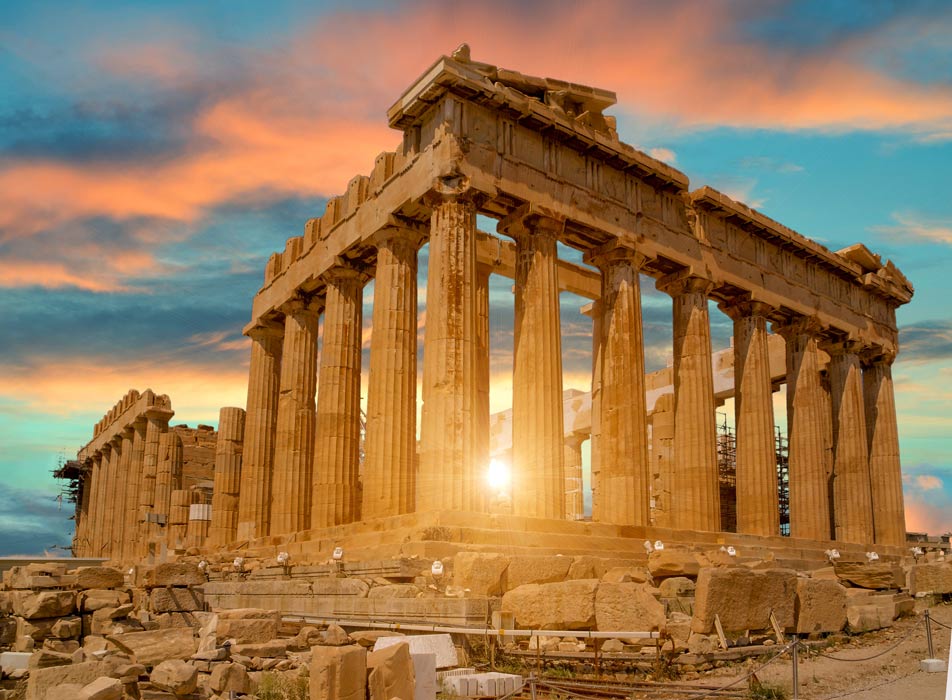 Originally build in the 4th century BC, Panathenaic Stadium was the place were the Panathenaic Games, a combination of cultural, religious and athletic event, were hosted. It was rebuilt by Herodus Atticus entirely by marble and is the only marble stadium in the world in our days. It has a capacity of 60.000 people. It was used as an Olympic venue in 2004 and it is the finishing point of the Classic Marathon.

The Temple of Hephaestus was designed by Iktinos, designer of the Acropolis, and built in the 5th century BCE using marble from Mount Penteli. It is one of the best-preserved Ancient Greek temples in the world. The temple served as an Orthodox church from the 7th century until 1834. Located near the Agora of Athens, it is just a short walk from Syntagma Square (the center of Athens). You can combine it with a visit to the Acropolis, Acropolis Museum, Hadrian’s Gate, and the Botanical Gardens. The nearest Metro stations are Thissio (Line 1) and Monastiraki (Line 1 & 3). 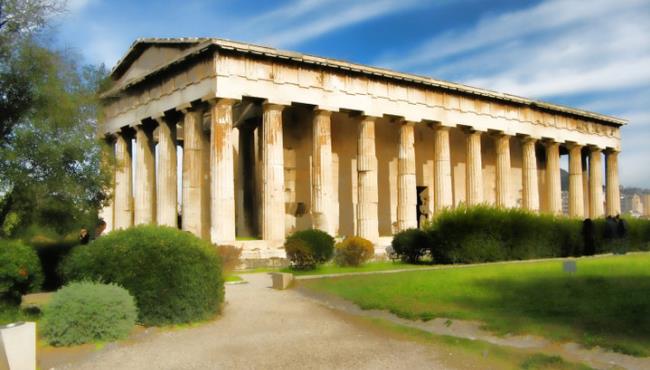 The Ancient Agora and Stoa of Attalos

The Agora was established under Solon in the sixth century BC . The Stoa of Attalos, a covered promenade of shop stalls, was built by the King of Pergamon in the second century. It housed shops, temples, the Tholos, where the senate held banquets and offered sacrifices, and the Boulefterion, where the 500-member city council sat. 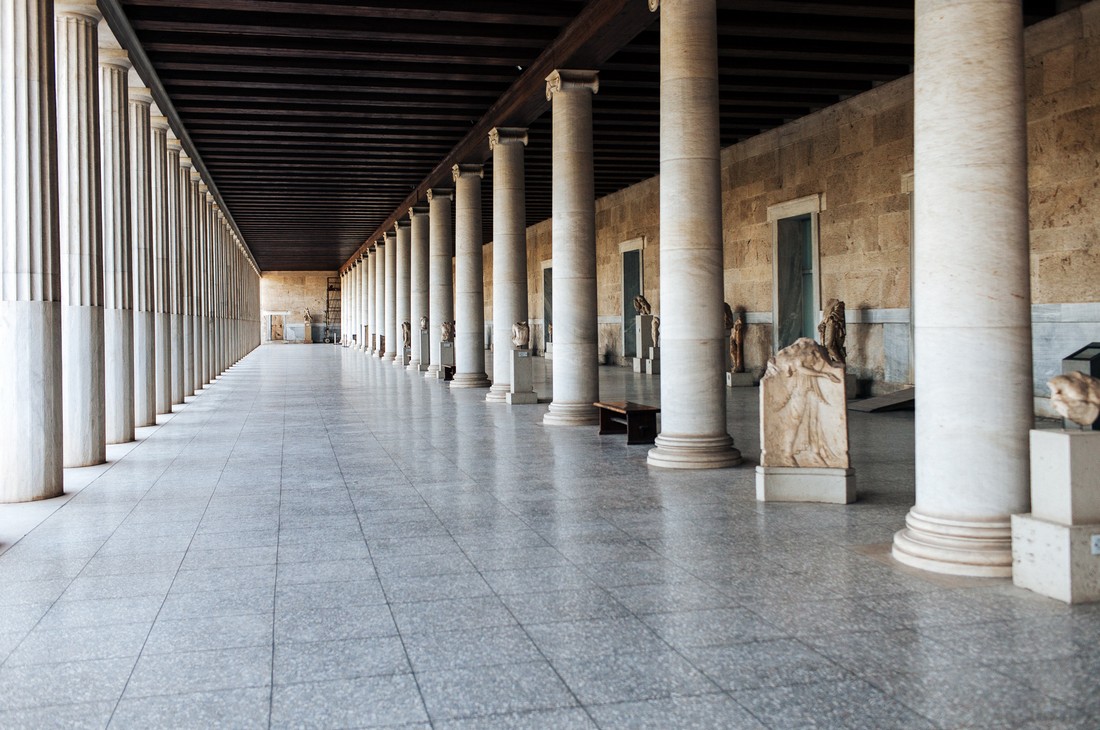 Built in 338 BC ,Plato's Academy is the first 'university' of the Western world where the foundations of Western science and philosophy were laid two-and-a-half millennia ago. You’ll definitely feel a thrill knowing you stroll the same paths as the man who inspired Western philosophy. 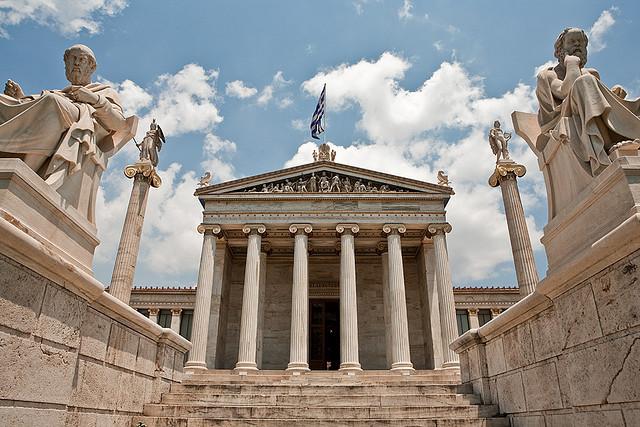 Temple of Poseidon at Sounion

This Doric temple was erected during the Golden Age of Pericles probably by Iktinos, one of the two Parthenon architects.It was devoted to Poseidon ,the Olympian God of the sea, and is located at the edge of Cape Sounion with a spectacular Aegean Sea view. Poseidon’s monument completes the Sacred Triangle of antiquity along with the Parthenon and the temple of Aphaia. If you decide to visit it, do not omit to watch the wonderful sunset! 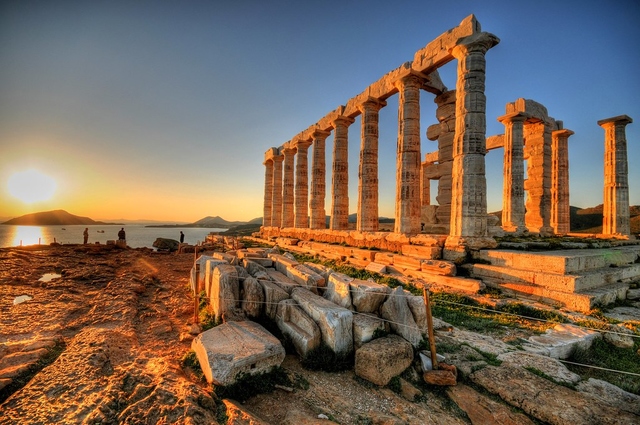 We have the best atmosphere! Do you need a room? Call now!